Gregory Aftandilian, an adjunct faculty member at American University and Boston University as well as a non-resident fellow at the Arab Center, Washington, DC., will speak on United States–Iran relations.

$5 for AFLSE members and members' guests
$10 for non-members.
(Hors d'oeuvres and wine/soft drinks will be served.)

United States–Iran relations are in the midst of a roller-coaster ride. On the one hand, the U.S. is trying to squeeze Iran economically and rein in Iranian support to militant Shia groups in the Arab world. On the other hand, President Trump has indicated that he is willing to meet with his Iranian counterpart. Although the chances for a true rapprochement appear slim, the fact that such a bilateral meeting is being discussed suggests that both sides want to avoid military hostilities. 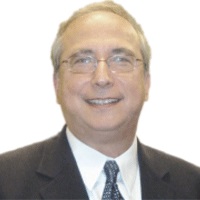 Gregory Aftandilian is an adjunct faculty member at American University and Boston University as well as a non-resident fellow at the Arab Center, Washington, DC. He spent nearly 21 years in U.S. Government service, most recently on Capitol Hill where he was a foreign policy advisor to Congressman Chris Van Hollen (2007-08), professional staff member of the Senate Foreign RelationsCommittee and foreign policy adviser to Senator Paul Sarbanes (2000-04), and foreign policy fellow to Senator Edward Kennedy (1999).

Prior to these positions, Mr. Aftandilian worked for 13 years as a Middle East analyst at the U.S. Department of State where he was a recipient of the Department's Superior Honor Award for his analyses on Egypt. His other government experiences include analytical work for the U.S. Department of Defense and the Library of Congress. He was also a research fellow at the Kennedy School of Government at Harvard University (2006-07) and an international affairs fellow at the Council on Foreign Relations in New York (1991-92). In addition, Mr. Aftandilian has worked as a consultant on Egyptian affairs for the National Democratic Institute for International Affairs.

Mr. Aftandilian is the author of Egypt's Bid for Arab Leadership: Implications for U.S. Policy (1993); Looking Forward: An Integrated Strategy for Supporting Democracy and Human Rights in Egypt (2009), several monographs published by the Strategic Studies Institute of the U.S. Army War College, and numerous articles published in The Arab Weekly and other journals.

Mr. Aftandilian holds a B.A. in history from Dartmouth College, an M.A. in Middle Eastern studies from the University of Chicago, and an M.Sc. in international relations from the London School of Economics.