Please join us for a lively discussion with John C. Williams, MSC 1989, President and CEO, Federal Reserve Bank of San Francisco, who will speak on "From Houghton Street to the FOMC: Economic Theory and Policy Practice.”

Come hear how economics as taught in the LSE classroom shaped his approach as a policymaker at the Federal Reserve. And learn how what is taught in the classroom translates into practical economic analysis and policy decisions.

RSVP: Space is limited; Reservations required. Free for AFLSE Members/$10 non-members. This event is sold out.

Special thanks: This event is hosted by Eric Fastiff, MSC 1991 at Lieff Cabraser

For questions about the AFLSE San Francisco Chapter email: SanFrancisco@aflse.org or visit AFLSE.org 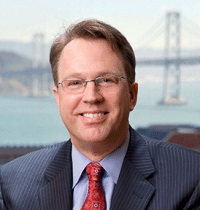 Dr. Williams was previously the executive vice president and director of research for the San Francisco bank, which he joined in 2002. He began his career in 1994 as an economist at the Board of Governors of the Federal Reserve System, following the completion of his Ph.D. in Economics at Stanford University. Prior to that, he earned a Master’s of Science from the London School of Economics, and an A.B. from the University of California at Berkeley.

Dr. Williams’ research focuses on topics including: monetary policy under uncertainty; innovation; and business cycles. Additionally, he served as senior economist at the White House Council of Economic Advisers and as a lecturer at Stanford University’s Graduate School of Business.

Dr. Williams, 54, is a native of Sacramento, California. He is married with two sons and resides in the San Francisco Bay Area.