Keeping the Faith for Interfaith Relations:

a New Agenda in an Age of Religious Conflict

You are cordially invited to a luncheon discussion

Special thanks to Patricia Houston, BA 1967, for hosting this event.

About this event
Last year’s victory for the Taliban in Afghanistan and President Putin’s current church-backed war in Ukraine are both evidence of a world increasingly polarized along religious lines. From the Hindu Nationalist government of India to the ultranationalist Buddhism of Myanmar, religion is becoming a more politicized and divisive force in many parts of the world.

Founding director of the LSE Faith Centre, Professor James Walters, will explore the reasons behind this unexpected resurgence of religion in international affairs and its implications for all of us. Combining academic research with practical experience of promoting interfaith leadership among LSE’s diverse student body, Prof Walters outlines his vision of robust religious pluralism where we recognize the benefits that religious difference can bring but do not shy away from points of disagreement. 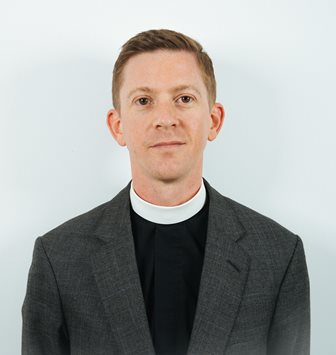 The Reverend Canon Dr James Walters is founding director of the LSE Faith Centre and a senior lecturer at The London School of Economics and Political Science. The Centre promotes religious literacy and interfaith leadership among LSE’s global student body, in government and to the wider public.

He has published a number of books including Religion and the Public Sphere: New Conversations (2018), Religious Imaginations: How Narratives of Faith are Shaping Today’s World (2018) and Loving Your Neighbour in an Age of Religious Conflict (2019).

He was educated at Cambridge University and ordained priest in the Church of England in 2008 within which he is a canon of Chichester Cathedral.

For questions about the AFLSE Los Angeles chapter, please contact the chapter leader at LosAngeles@AFLSE.org