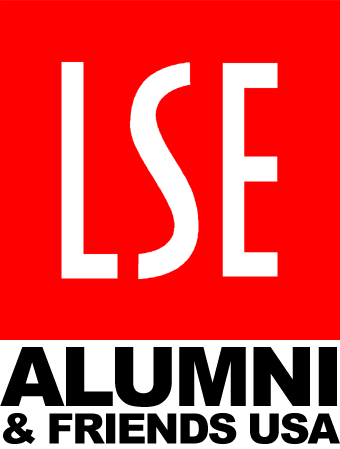 A lecture marking the 50th anniversary of the AFLSE was held on October 8, 2020 via LSE Zoom.  In case you missed this lecture marking a major milestone for alumni in the US, you can follow this link to hear a recording of the event from the LSE website:

A World Safe for Democracy.

Professor Peter Trubowitz, Director of the US Centre at LSE, introduced Baroness Minouche Shafik, Director of LSE, who commented on AFLSE’s many contributions to the life of the school and thanked LSE alumni in the US for their support of the school.

The anniversary lecture was delivered by Professor G. John Ikenberry from Princeton and touched on major themes from his new book, A World Safey for Democracy:  Liberal Internationalism and the Crises of the Global Order.

Commentary was provided by Dr. Leslie Vinjamuri, who is an Associate Professor in International Relations at SOAS and also an LSE alumna.

A World Safe for Democracy

For the last two hundred years, the liberal internationalist project has built towards an open, rules based, progressive world. Outside threats from illiberal challengers and from the inside by nationalist populist movements now mean the project is in crisis. G. John Ikenberry will discuss the history of liberal internationalism and will argue for its continued relevance as a force to protect liberal democracy in a twenty first century marked by rising economic and security interdependence.

Once the current health crisis subsides we plan on hosting an in-person gala celebrating our golden jubilee!

Professor Peter Trubowitz is Professor of International Relations and Director of the US Centre at the London School of Economics and Political Science and Associate Fellow at Chatham House, Royal Institute of International Affairs. His main teaching and research interests are in the fields of international security and comparative foreign policy, with special focus on American grand strategy and foreign policy. He also writes writes and comments frequently on U.S. party politics and elections and how they shape and are shaped by America’s changing place in the world. Professor Trubowitz received his BA from Clark University and his PhD from the Massachusetts Institute of Technology.

G. John Ikenberry is the Albert G. Milbank Professor of Politics and International Affairs at Princeton University in the Department of Politics and the Woodrow Wilson School of Public and International Affairs.  He is also Co-Director of Princeton’s Center for International Security Studies. Ikenberry is also a Global Eminence Scholar at Kyung Hee University in Seoul, Korea. In 2013-2014 Ikenberry was the 72nd Eastman Visiting Professor at Balliol College, Oxford. Ikenberry is a Fellow of the American Academy of Arts and Sciences. In a recent survey of international relations scholars, Ikenberry was ranked 10th in scholars who have produced the best work in the field of IR in the past 20 years, and ranked 8th in scholars who have produced the most interesting work in the past 5 years. Ikenberry received his BA from Manchester University, Indiana and his MA and PhD from the University of Chicago.

About the United States Centre at LSE

The United States Centre at LSE is a hub for global expertise, analysis and commentary on America. Its mission is to promote policy-relevant and internationally-oriented scholarship to meet the growing demand for fresh analysis and critical debate on the United States. As one of the world’s most important economies and most open societies, the United States is central to addressing many pressing issues of global importance, from systemic risk in international markets and climate change, to health and inequality, to peace and security.  The US Centre pioneers an approach to understanding contemporary America that is diverse, multidisciplinary and internationalised, drawing on the 50+ LSE faculty who write, teach and comment about the United States across virtually every department.