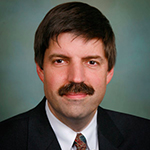 Tom Kern elected as Chair of the LSE Alumni Association

Tom Kern, former President of the AFLSE, has been elected as Chair of the global LSE Alumni Association. The Association represents LSE alumni and helps to strengthen relationships between alumni and the School by providing advice on alumni relations programming, and supporting the broader objectives of LSE in engaging with its international alumni community.

Tom has made many contributions to AFLSE and LSE and has been a strong alumni leader.  Outside of his service to the School, he serves as a management consultant in the field of transportation technology.  He served as Managing Director for the National Transportation Operations Center of Excellence and previously served at the Intelligent Transportation Society of America, first as its Executive Vice President and then as interim President.

He earned a BS (Economics) at Georgetown University, an MSc (Public Administration) at the London School of Economics and did further graduate study at the University of Oxford.   He has also taught as an adjunct instructor at Johns Hopkins University and served on various boards and volunteer positions during his career.

Congratulations to Tom!  We look forward to an update from him as he takes on this new role.