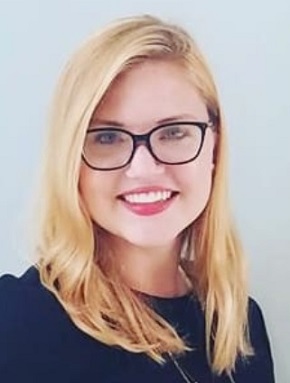 minors in both Statistics and Economics. During her time at UB, Carly was committed to several research projects done in conjunction with organizations such as the Massachusetts Institute of Technology (MIT) Governance Lab, the national policy think tank The Center for the Study of the Presidency and Congress, and the McNair Scholars Program funded by the US Department of Education.

In conjunction with the MIT Governance Lab, she created the first worldwide dataset on rebel-held territory in civil conflict and was the first political scientist to be admitted into the MIT Summer Research Program in its 30-year history. Her research on American intervention in Africa won the Stern Prize for undergraduate research from UB in 2016.

After she graduated in 2017, Carly became an AmeriCorps Vista member for the United Way of Palm Beach County where she worked on spatial data analytics to implement practical policies to relieve hunger. By creating extensive shapefiles of hunger resources in the community, her work implemented targeted initiatives to reduce hunger insecurity. While she held this position, the efforts executed through this program reduced systemic hunger in Palm Beach County by an estimated 23,060 people.

Carly is pursuing a Master of Science in Applied Social Data Science at the London School of Economics. After graduating with her Master’s, she plans to continue her education with the goal of earning her PhD. Ultimately, Carly would like to work on data analytics to relieve hunger on a global scale, concentrating on areas undergoing civil conflict.

Carly is incredibly grateful to receive this award and is looking forward to being involved in the AFLSE after she graduates.