Come join us for our monthly networking mixer.

This month Dr Tim Oliver will be joining us to speak on
The NeverEnding Brexit.

Britain's June 2016 vote to leave the European Union has become the defining issue in UK politics, with debate about Brexit consuming British politics and government. Dr Tim Oliver will discuss why Brexit happened, what has happened since the vote, and where Brexit looks like heading in 2018. 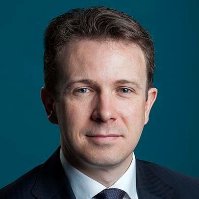 Dr Tim Oliver is an Associate of LSE IDEAS, the foreign policy think tank of LSE, and a Jean Monnet Fellow at the European University Institute, Florence. He was previously a Dahrendorf Fellow at LSE, has taught at LSE, UCL and the Royal Military Academy Sandhurst. He has been a researcher at institutions in Berlin and Washington D.C., a visiting fellow at NYU, has worked in the House of Lords and the European Parliament and is research director of Brexit Analytics. He is the author and editor of two forthcoming books on Brexit: 'Understanding Brexit: A Concise Introduction’ and ‘Europe’s Brexit: EU Perspectives on Britain’s Vote to Leave.’ He took his MSc and PhD from LSE.

Our LSE Seven O'clock Club meets on the first Monday of every month over cocktails (cash bar) at the The Churchill on the SECOND floor starting around 7:00 pm. This month we're starting at 6:30 pm for our guest speaker.