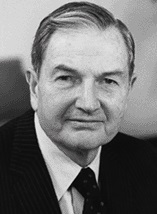 The AFLSE notes with sadness the passing of David Rockefeller, who studied at the LSE and was an early and strong supporter of the ALFSE in the 1970s.

David Rockefeller, the banker and philanthropist with the fabled family name who controlled Chase Manhattan bank for more than a decade and wielded vast influence around the world for even longer as he spread the gospel of American capitalism, died on Monday morning at his home in Pocantico Hills, N.Y.  ─ New York Times, March 20, 2017