You are cordially invited to an
Alumni Reception
with

* Special thanks to our hosts: Ms. Ann Brennan of NFP National Madison and Ms Hilary Till (MSc 1987 Statistics) of Premia Risk Consultancy, Inc.

About the Director
Professor Calhoun is a world-renowned social scientist whose work connects sociology to culture, communication, politics, philosophy and economics. 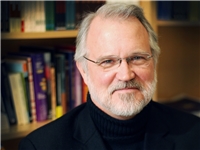